FIDELITY TO ITS HISTORY 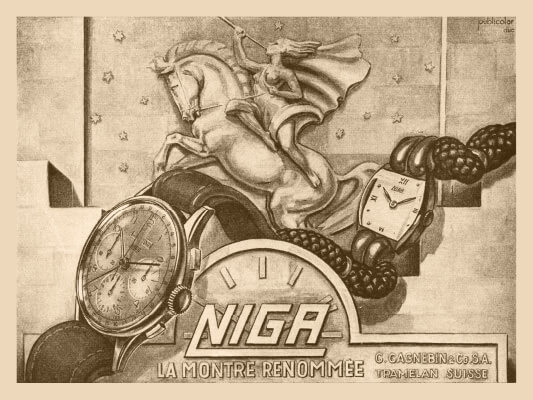 Ally elegance to innovation and modernity, inscribe a contemporary imprint, offer luxury at an afforable price : G. Gagnebin & Cie watches take to heart staying faithful to the essence of values that made their reputation throughout their history.
Since its establishing in 1932, in the Swiss Jura, G. Gagnebin & Cie has striven to produce high-quality watches, furnishing its models with the most reliable and precise mechanical movements. Now as ever, G. Gagnebin & Cie timepieces tick to the rhythm of these same mechanical movements, though of course enriched with current technology. 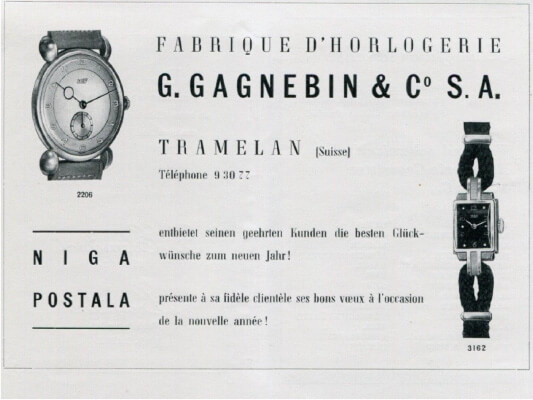 Eight decades after the establishing of G. Gagnebin & Cie, the fourth generation of the family restarts, in 2014, the company G. Gagnebin and produces its first collection of men’s watches. Proud to carry such a famous name in the world of watchmaking, the founder’s great-grandsons are animated with a double ambition : bring the work of their ancestors back to life and create a brand which carries the name of Gagnebin. Their aspiration? Pay tribute to a great family of watchmakers, their family, never to this day represented as a watch brand.
A star, a symbol of perennity... 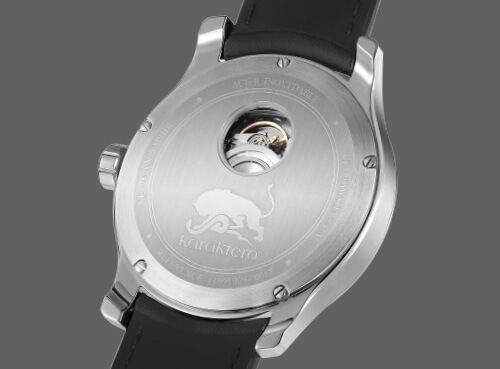 PROUD OF ITS FRENCH-SPEAKING ORIGINS

G. Gagnebin & Cie does not deny in any way the language of Molière and considers it as the real expression of luxury. That is why technical information engraved on the bottom of our watches and on the dial are in French.

The logo, a star that is slightly radiated on its sides – draws inspiration in various elements of the family heritage. The star appears on the coat of arms of Gagnebin. This symbol accompanies then the history of this family, whose origins date back to the 15th century. The star is also in the heart of the life of the famous naturalist Abraham Gagnebin : it is he who discovers, at the beginning of the 18th century, the fossil of an extremely rare five-armed starfish, which he names « Ophiomusium gagnebini ». This discovery seals the link between the Gagnebin family and the starry symbol. 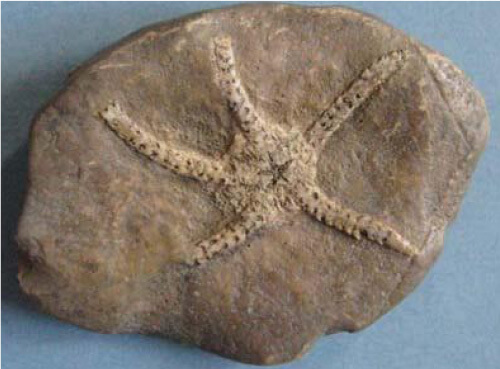 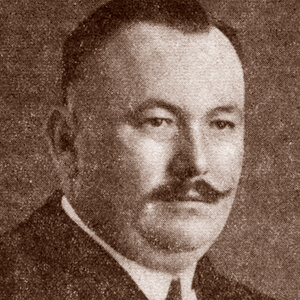 The company that reborns today draws its roots in the heart of the famous Swiss watch region, that is Jura. In 1911, two cousins, Georges Gagnebin and Armand Nicolet, cross their destiny in order to establish the company Gagnebin & Nicolet and create watches under the name of Niga. 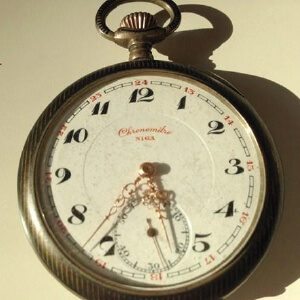 The company, which manufactures and sells its own products, experiences a constant and harmonious development. The town of Tramelan is thus one of the biggest watchmaking centre in Switzerland. At the beginning of this 20th century, half a million watches are released every year from the factories of this town, whose a third of its residents – it counts 6000 residents – devotes its energy and talents to watchmaking activity. 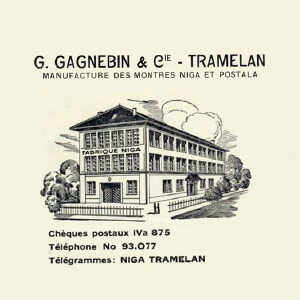 It is in this world entirely devoted to watchmaking that Georges Gagnebin establishes, in 1932, the limited company G. Gagnebin & Cie. He resumes alone the whole activities of Niga and enriches it with the brand Postala, which he repurchases. The essential of his customers is then recruited in Switzerland, Germany and Italy. 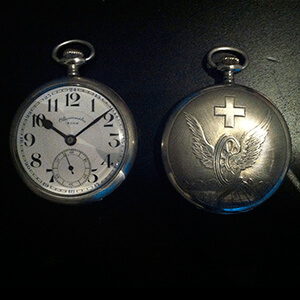 Niga produces, among others, high precision pocket watches. These are made of silver and are designed to chant the time of the Swiss Federal Railways station masters. At this time, Niga is one of the rare brands capable of producing reliable chronometers that meet the higher precision requirements and criteria. Over time, G. Gagnebin & Cie also becomes owner of the brands Verneta, Kaiser, Montagne Watch and Belgica. 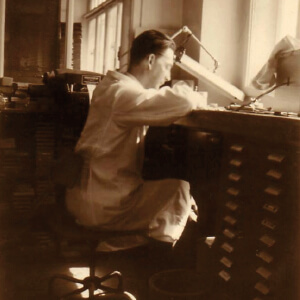 On the death of the founder Georges Gagnebin in 1941, his son Eric takes back the reins of the company. Under his direction, the brand pursues its expansion and prospects for new markets : the Scandinavian countries. 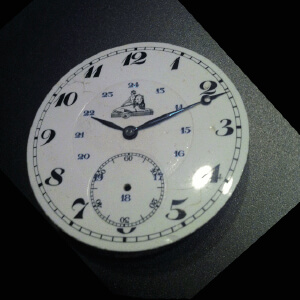 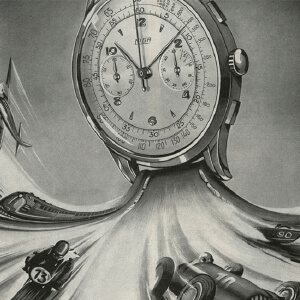 Throughout the years, G. Gagnebin & Cie expands its offer by creating new collections of jewelry watches, men’s gold watches and... chronographs. These pieces have dressed the famous calibers Valjoux et Unitas, as well as the notorious mechanisms Landeron, AS, Felsa and FHF. 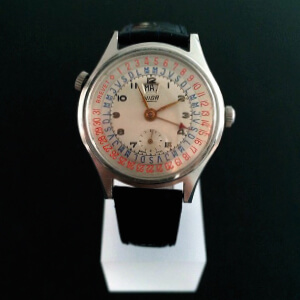 Despite the important success that these pieces experience, G. Gagnebin & Cie does not escape from the watchmaking mutation of the beginning of the 1960s. It ceases all activities in 1965. 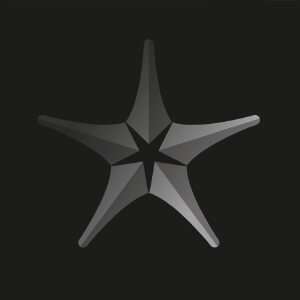 A star, a symbol of perennity... Eight decades after the establishing of G. Gagnebin & Cie, the fourth generation of the family restarts, in 2014, the company G. Gagnebin and produces its first collection of men’s watches. Proud to carry such a famous name in the world of watchmaking, the founder’s great-grandsons are animated with a double ambition : bring the work of their ancestors back to life and create a brand which carries the name of Gagnebin.